He was selected for the honor by his peers, approximately 40 other area high school principals who based their decision on accomplishments, qualifications and leadership.

McCaffrey has been principal at NHS since 2019. Prior to that he served for seven years as an assistant NHS principal, after having been in leadership roles with Westfield Washington Schools and Franklin Community Schools. McCaffrey started his career at NHS as a student teacher and later a science teacher.

“Craig is a humble leader who is well respected by his staff, colleagues and peers,” said Dr. Beth Niedermeyer, superintendent of Noblesville Schools. “He is known for his analytical mind, drive for excellence, commitment to relationships and humor. We’re proud of this honor he’s received and value his experienced leadership and strong commitment to Noblesville Schools.”

In addition to his daily responsibilities overseeing all high school staff, students, academics, activities and facilities, McCaffrey is also a key contributor to district-level decision making, having served in roles with the calendar, fundraising, safety, evaluation, Miller Ambassadors and administrative teams.

He was recently named an Outstanding Administrator of the Year by the Indiana Music Education Association and has also been instrumental in significantly growing Noblesville’s College Board Advanced Placement (AP) activity. Under his leadership, NHS has consistently been recognized nationally for excellence in increasing AP offerings, student participation and scores.

NHS has also been recognized at the state and national level for academic achievements, STEM education, performing arts and athletics. The high school has an A-rating from the Indiana Department of Education and is ranked nationally as one of the best high schools in the country.

“Dr. McCaffrey is always willing to listen to different perspectives,” added Amanda Giordano, NHS math teacher and president of the Noblesville Teachers Forum. “His problem solving and decision making, especially in this tough year, show that he is focused on what’s best for students and teachers.”

McCaffrey holds a doctorate in education from Ball State University, has served as an adjunct university education professor, and is a graduate of the Noblesville Police Department’s Citizens Academy.

The IASP is a not-for-profit, professional association serving over 3,200 building level administrators in the state of Indiana. District 5 is located in north central Indiana and is made up of Boone, Hamilton, Howard, Madison, Miami and Tipton counties, representing approximately 40 public high schools.

The Indiana Principal of the Year will be named in November. 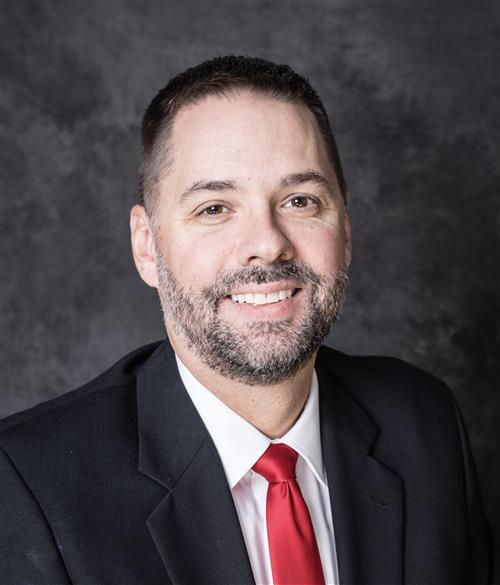